I have a confession to make.   The video linked in this post was sent out to some folks initially with replaced audio than what is here.  When I recorded the scene of the sunset upon the water, there were lots of other sounds around – people going by, families talking, a child dragging her arm along the metal posts on the bridge where I was standing, a few motor boats heading back to the dock.  My initial reaction was that it was distracting (and honestly I felt that initially the other night) and so I found a spot in the video where it was just the sounds of wind and birds, etc and did a series of copies of that audio.

But after sharing it, it didn’t feel right because it wasn’t true.  It wasn’t real.  And honestly, after looking back on the scenes, they lost some of what was beautiful in that moment.  This conviction came out of something I read on Monday from Richard Rohr when he quoted Indigenous Choctaw elder and Episcopal Bishop Steven Charleston from his book Ladder to the Light: An Indigenous Elder’s Meditations on Hope and Courage. I read Elder Charleston’s words on Monday and then apparently promptly forgot them.  He writes:

The signs are all around us. We can see them springing up like wildflowers after the prairie rain. People who had fallen asleep are waking up. People who had been content to watch are wanting to join. People who never said a word are speaking out. The tipping point of faith is the threshold of spiritual energy, where what we believe becomes what we do. When that power is released, there is no stopping it, for love is a force that cannot be contained. Look and see the thousands of new faces gathering from every direction. There is the sign of hope for which you have been waiting. . . .

Hope lets us literally see the presence and action of the holy in our everyday lives. This is not an imaginary desire viewed through rose-colored glasses. It is the solid evidence of the power of love made visible in abundance.

Sometimes, in this troubled world of ours, we forget that love is all around us. We imagine the worst of other people and withdraw into our own shells. But try this simple test: Stand still in any crowded place and watch the people around you. Within a very short time, you will begin to see love, and you will see it over and over and over. A young mother talking to her child, a couple laughing together as they walk by, an older man holding the door for a stranger—small signs of love are everywhere. The more you look, the more you will see. Love is literally everywhere. We are surrounded by love.

My time at sunset on that bridge on Monday night was truly a holy space.  I simply just stood there and took it in for a long time but I was especially transfixed by the patterns in the water.  There was a magical and mystical quality of how it was moving and playing with the light.  At one point it looked like static on a TV screen the way that it moved but it was beautiful and mesmerizing.   There were birds flying in and across, kayaks and canoes going underneath the bridge, and people walking by.  I heard at least 3 different languages being spoken and saw people of many different skin tones.  The beauty was ALL OF IT.  The beauty was ALL AROUND.  So, I confess missing that initially in what I shared with several.  But I celebrate what Elder Charleston said… “Within a very short time, you will begin to see love, and you will see it over and over and over.” 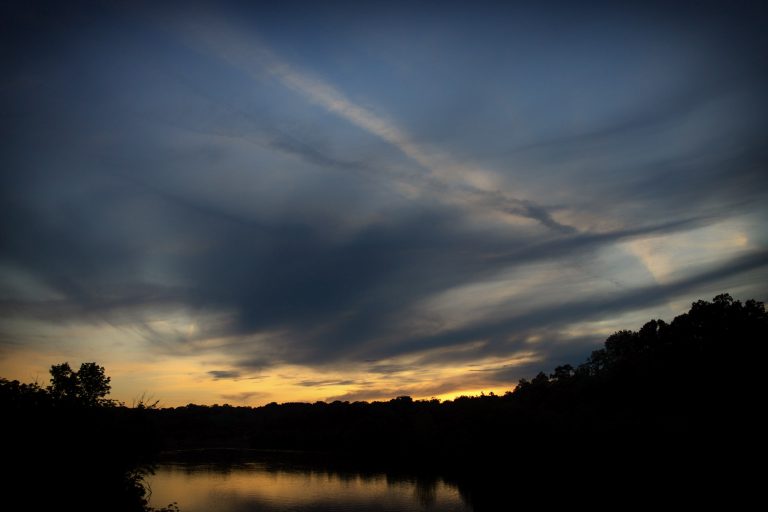