Back in the Game

A few weeks ago I went to the final soccer game of the year for my “little buddy” – the 6-year old who lives nearby.  He and I cemented out friendship over a stuffed boxer I gave him when he was 4 (he was in love with Cocoa, my little boxer) and the parachuted infantryman we threw off the berm in my backyard for three hours one summer afternoon.Rudy is a scrappy kid with the biggest heart I’ve ever seen.  He’s also one of the most athletic kids I’ve ever seen at that age.  He’s tall and gangly and so mature that everyone thinks he’s older than 6.

He’d already scored two goals in the first half.  Drank Gatorade like a champ.  And then took one header that sent him sprawling.

After the ooohs of the crowd, the coach made him sit down until we were sure he was ok – no weird signs of a concussion.  The other side scored two to tie.  Rudy watched quietly, one eye on the coach.

The coaches for the other team were screaming at the kids – that odd mixture of encouragement, direction, and just plain non-specific screaming that no one can understand.

Rudy’s coach watched Rudy for a while, and then, equally quiet, came up to him and simply said “Rudy.  I need you back in the game.”

Guess what, Presbytery of Cincinnati – God needs you back in the game.

Yes, the last 16+ months have been draining.  Church participation continue to decline, especially mainline denominations like ours.  The phrase I hear from congregation after congregation, Session after Session is – we’re tired.  The same people have done this for a long time.  We’re not sure how to move forward, and some people are not coming back.

But this is not about “your” church, or “your” way of worshipping.  This is about the Kingdom.

As Christians, we should all be Kingdom enthusiasts (en-theos = with or in God).  Sometimes we need to step back and rest, that’s true.  But – if we’re avoiding doing the work He’s asked us to do to build His Kingdom, complaining that we’ve worked too hard and we don’t want to do it any more, or we want to hire someone else who will do it all for us, then we are not doing the Commandment – the Co-Mission – He has given us: Love God – love people – make disciples who go out to Love God – love people – and make more disciples.  That, my friends, is a non-stop Commandment.

So – let’s drink some heavenly Gatorade (generally otherwise known as prayer) and get back in the game.  Your church needs you.  Your community needs you.  The Kingdom needs you.

And Rudy scored the winning goal. 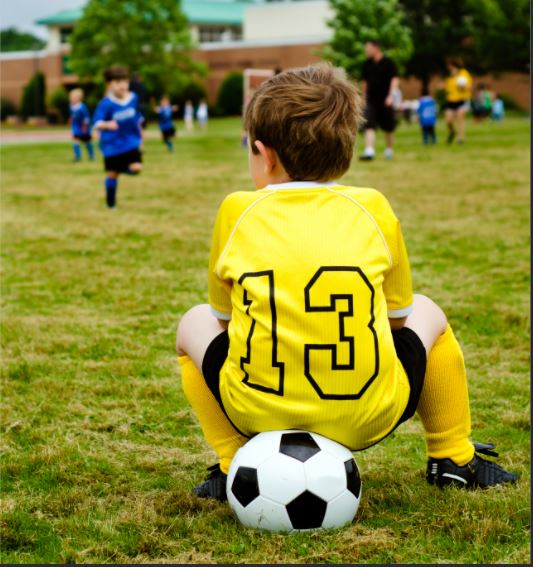