The Bridge Across the Stream

Did you realize there actually aren’t any real bridges in the Old Testament…?  Think of all the stories of someone crossing water – the Red Sea, the Jordan…  they had to stop the water and cross with God’s providence on dry land.  That crossing was almost always into a land unknown, with things and people and events ahead of the people to conquer – including their own fear.

When the refugees from Egypt crossed into the Promised Land with Joshua for the very first time, they set up 12 stones of remembrance.  These stones can be found in Israel in several places, always marking a place where something of remembrance – something holy – happened. This photo is actually in Gilgal, near Jericho, but is one of the spots still marked by those ancient remembrances.

These stones mark a bridge of a different kind of course – the bridge of God’s Hand in our lives as we cross from wilderness to new opportunity, from fear to love, from exile to belonging.

May we find such bridges this New Year – a year of opportunity, blessings, and the realization that Emmanuel is always still with us. 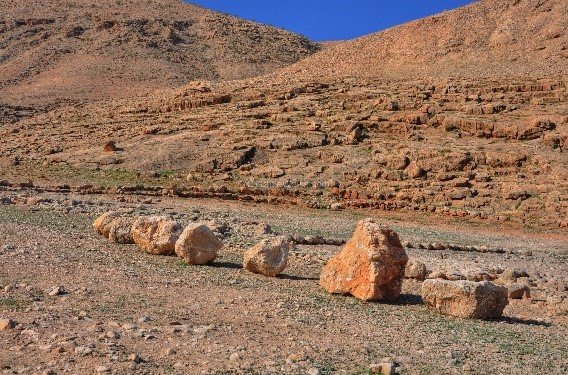