We, The Body of the Beloved Community

In chapter 12 of Paul’s letter to the Corinthians he gives them a lovely metaphor for Christian community—and I think the Beloved Community as well—a body.

One of the problems facing the Corinthian community, you see, was that some members of the community—the more wealthy and educated ones—were lording it over other members. These members were touting their particular type of spiritual gift, namely speaking in tongues, as the most important, most glorious of gifts. This was understandably divisive within the community, and Paul had been asked to address the issue.

In a cosmopolitan city such as Corinth, the Christian community was made up of a wide variety of people—wealthy and poor, slaves and office workers and craftspeople, women and men. The majority of the community were Gentiles, or pagan, as Paul calls them, but undoubtedly some were also from the Jewish faith. It was a hodgepodge of humanity, all drawn together by their hearing and believing of the good news, and their receiving of the Spirit of God.

After telling the Corinthian congregation that spiritual gifts come to everyone through the Spirit and all are important in the life of the church, Paul goes on to talk about the church as a body. Even though some parts of the body are on display, others are more covered and protected. We may even be embarrassed by them because of the function they have in the body. And yet, without them the body would be unable to function.

It is this introduction of the human body as a metaphor for church community that I think of when I think of beloved community. But when we think of the church as the body of Christ it becomes more than a metaphor, it becomes something mystical, something that “illuminates the truth about the church’s union with and participation with Christ.”  It is through actions of the Spirit that the church was created; through the Spirit the church is more than a group of people or even a community but is a physical representation of the crucified and risen Christ. As such the church must work and live together, honoring all parts of the body, even the ones we’re embarrassed by, even the ones we don’t like, even the ones who need more protection and care because they are “less honorable.”

Of course, Beloved Community isn’t only to be found in Christianity but ideally throughout the entire world, as Dr. King imagined. But the metaphor holds true because we are all creatures of God, created by God to live in the world, together with the whole of creation. As human beings we can encourage others to live into the beloved community ideal through the metaphor of a body that is bound together by our shared humanity. Christianity can use the metaphor of the body in leading the rest of humanity but only if we believe it and act on it ourselves. By caring about each other, not in a transactional way but because we are humans together, all with gifts and strengths and weaknesses in abundance. As a body of humanity, we have to care for others and about others, lifting everyone into a Beloved Community of care, of hope and of love. 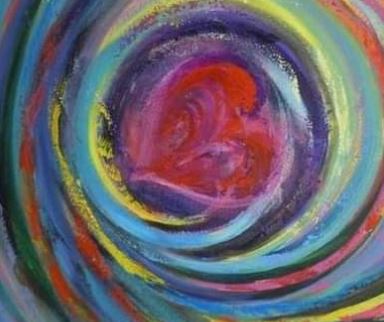