What Bridge are You Building?

Bridges are amazing, aren’t they? They are engineering feats, spanning gorges and rivers, allowing us to move freely between one point and another, connecting places that had before been separate. And of course, one of the foundational elements of PC(USA) is connection.

Let me tell you a story about the Choluteca bridge in Honduras. This is an area prone to severe weather, and the original 1935 bridge was continually damaged by the strong winds of the region. So the people hired a firm to build a bridge that would withstand the forces of nature, forces that returned to them periodically and over which they had no control.

The new suspension bridge, more than 480 meters long, was modeled after the Golden Gate Bridge in San Francisco and opened to the people of Honduras in April 1998. It was their pride and joy, a standing monument to their resilience and growth. It opened trade and opportunity across the wide river Choluteca in a way that had been a hamper to the prosperity of their communities in the past.

But in October of that same year, barely six months later, Hurricane Mitch hit, bringing 75 inches of rain and washing away the approach roads to the bridge. And when it did, it also literally moved the river away from the bridge – creating the Bridge to Nowhere. The bridge itself was intact. But of no use.

Hurricane Mitch was a force outside the control of the people and unimagined by the engineers. Much like the societal forces we face today.

The world is changing in ways we may have never imagined. And the Choluteca Bridge is a terrific metaphor for what can happen to our churches as the world around us gets transformed: adapt to change – or else.

As we enter into 2023, the world around us continues to change dramatically. The metaphor of a Bridge is one we’ll examine together this next year, and the metaphor of the Choluteca bridge is one we may not have thought of before. So as you look at your church – your mission – your future for the Kingdom – think deeply as you discern where God is dreaming for your church to go. What you’ve always done, who you’ve always spoken to – or not spoken to – will affect your relevancy. Where can you reach the most people? How can you best serve them? It might not only be in your church building on Sunday morning. Think again. They’re not there now, are they – so how do we reach them? What if physical churches are a thing of the past, just like the Choluteca bridge – how can you still be a “church”?

The challenge for us is that we get focused on creating the best solution to a the problem we think we understand by using old thinking, limiting our vision and our ability to be the people God wants us to be. We forget that the problem itself has changed. We focus on building the strongest version of what we knew in the past, without thinking of the possibility that our understanding of reality has changed – or could vanish. We focus on the bridge we know. And ignore the possibility that the river underneath us could change course. ‘Built to Last’ might have been a popular mantra. But ‘Build to Adapt’ is the way to last.

Beloved Community – what bridge are you building for your congregation? For the community? For Love? For Christ? 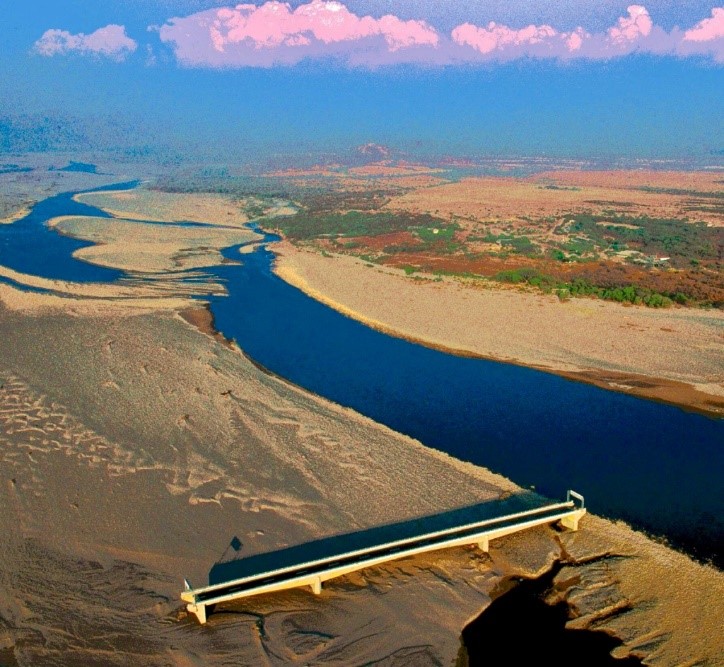