When a Beloved Community Innovates . . . God Shows Up

If you were a part of the Presbytery Gathering in August, or if you’ve read the last several blogs, you understand the theological underpinnings of the Third Way Peace Fellowship, the Presbytery’s New Worshipping Community, led by Dr. Jonathan Sparks-Franklin.

As we started this, we agreed it would be an inclusive, Christ-centered place of open and welcome and mission and service to the people in Northside.  No one would be excluded, and it would become very quickly a place where people who were not believers could come and engage without prejudice, but many of whom quickly began to use words like “called” and “curious” and “blessed.”

Working with the neighboring CAIN food pantry (Churches Active in Northside), the place quickly became a community gathering spot, a place where food could be donated by those who could and taken by those who needed in the porch fridge.  Other alliances soon came alongside – Foreverland Farm, the Homeless Coalition, UC Health, and several others.  Students from our University of Cincinnati UKirk, also led by Jono, began meeting at the Northside location to help with the generation of the missional work, and stayed for Honest-to-God conversations.

This endeavor, within the first 6 months, has generated significant interest from the local Cincinnati press (the Enquirer, WLWT, and the local press), from the PCUSA 1001 New Worshipping Community faculty and mentors, and – from the Princeton Theological Seminary.

At the beginning of September, Jono received a letter requesting to include Third Way as an example of a “faith-friendly” organization, to use as part of a tool Princeton is developing, in partnership with a Lilly grant they’ve received.  The goal is to create curriculum and tools to advance educational settings for church leaders, looking at “snapshots” of imaginative social enterprises, nonprofits, and faith-based organizations and ministries. This will help ministers, congregations and seminary students to think creatively about ministry

Imagine – Princeton Theological Seminary being inspired by 6 months of experiments, connections, faithful prayer and hard work in the New Worshipping Community within the Presbytery of Cincinnati.

See what God can do when we open ourselves to the possibility that the church we serve can be church in many forms, seven days a week, with many people, when we serve with love and honesty and curiosity and grace.  He expands the influence all over the place!

Beloved Community – how can we do more of this kind of Kingdom building work? 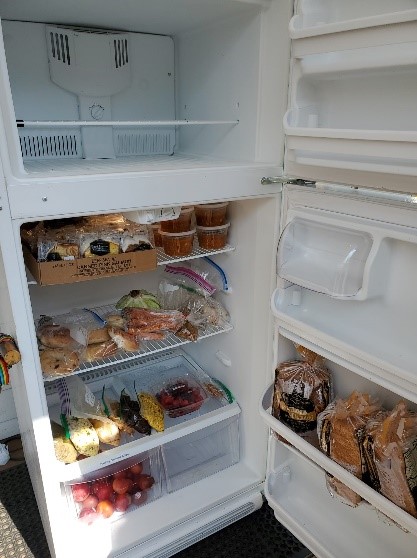